Gallery Kicken Berlin is showing Charles Fréger and August Sander together in a single exhibition, allowing visitors to compare these two portrait photographers directly for the first time. This presentation is part of the first "Berlin Photography Festival" from September 23rd until mid-November. Charles Fréger and August Sander take on the role of grandson and great grandfather in this comparative exhibition.
The work of the French photographer Fréger, born in 1975, and that of the German master, born a good century earlier, are marked by an array of similarities. Both use photography to create typologies, and both are dedicated to investigating man and the conflicting polarities of individuality and group membership. At the turn of the 20th century, Sander began making a record of German society, capturing it in all its classes, professions, and strata in his comprehensive portraiture work. He was unable to complete his monumental project "Menschen des 20. Jahrhunderts" (People of the 20th Century), a planned 45 portfolios containing 12 plates each. In 1929, a selection of photographs entitled "Antlitz der Zeit" (Face of Time) was published. Not only its exceptional photographs are captivating, and it is not solely a “primer for sharpening the perception of physiognomy” as Walter Benjamin put it. Sanders’ project also can be viewed as the birth of conceptual photography. Sander’s approach set a precedent that has been advanced upon and further developed by generations to come. The first generation after Sander is associated with the names Bernd and Hilla Becher. This photographer couple at the Düsseldorf Academy started a school which spawned a number of very successful artists including Thomas Ruff, Thomas Struth or Candida Höfer. Thus, the 30 year-old Charles Fréger already belongs to the third generation following Sanders' tradition, although the influence is less direct. Fréger studied at the Academy of Fine Arts in Rouen, where he lives today. Young people are often Fréger’s subject of choice as can be seen in his series on water polo players, beauty pageant contestants, cheerleaders or college students. In a reserved style, with the subject often placed in front of a neutral backdrop, the work’s appeal can be found in the contrast created by pairing the individual against the uniformity of the clothing and the consequent affiliation with a group. Individual physiognomy and body posture are coupled with identical swim caps, school uniforms or skirt and jacket. In the series "Bleus de travail" the blue of the worker’s uniform, worn by old and young alike, by women and men in a wide range of professions, allows for comparison. August Sander’s approach was similar in "Menschen des 20. Jahrhunderts". Here too, for example in the famous picture of two boxers, or of the young farmers in Sunday’s best, the stone mason or the soldier in a steel helmet, one may ask: ‘What does physiognomy reveal about a person?’ or 'How is he similar to others in his social class, to his group of colleagues, to others in his profession?'. Neither Sander – nor Fréger - are aiming for psychological portraits. The goal behind this conceptual positioning within a series is to portray the group, a group in which the individual – perhaps by way of a dress code – is integrated.
Sander’s approach was a reaction to the changing concept of identity in modern mass society. Fréger concentrates on the social affiliation in the precarious time period in which the young are forming an identity. What Sander made visible for a certain moment in the history of social development, Fréger does for describing a decisive moment in a single life’s biography. (Ronald Berg) 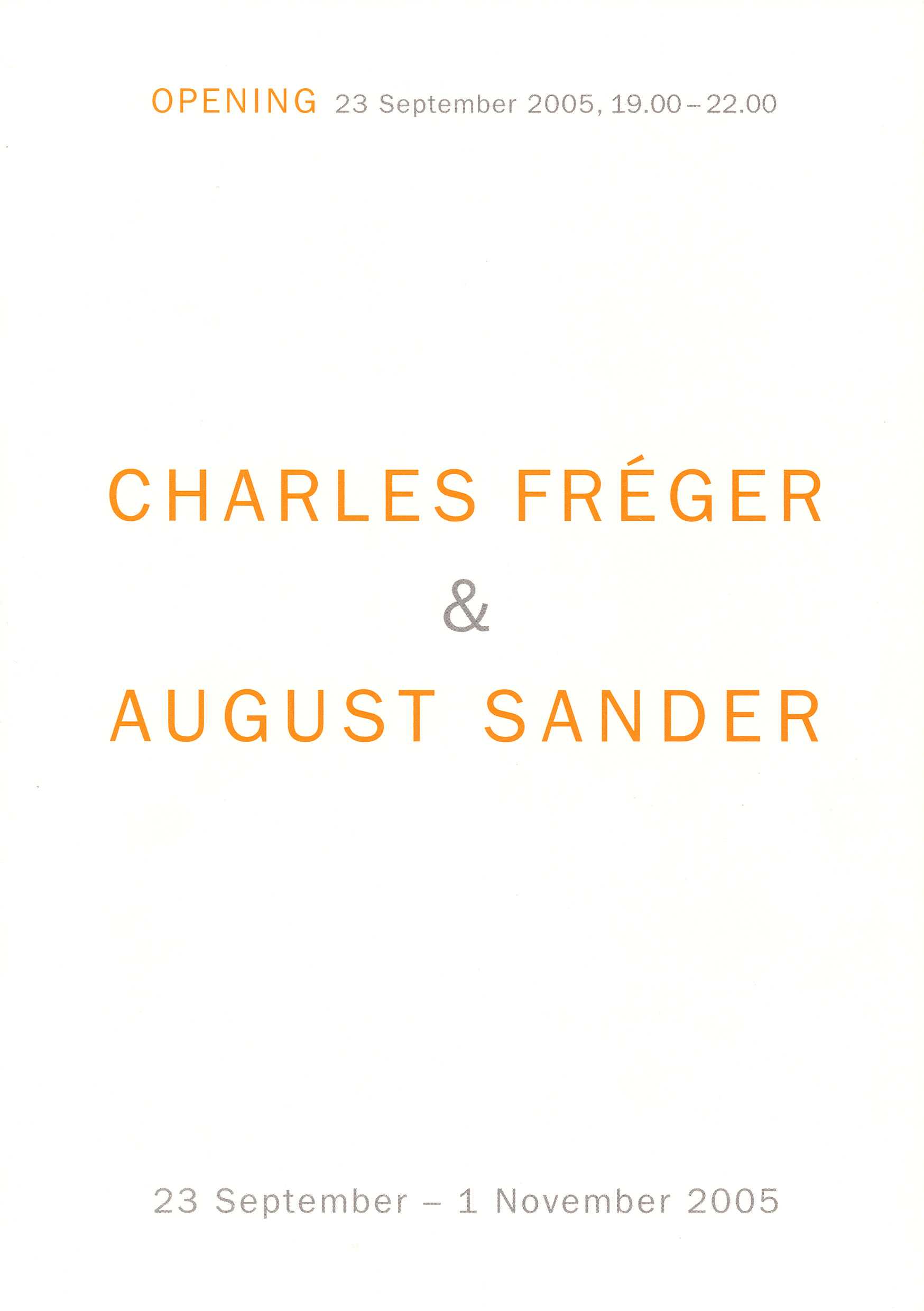