CHRISTER STRÖMHOLM (1918–2002) could be considered a photographic existentialist. This Swedish photographer, who died last year, was deeply concerned with the existential world of life and death. In Strömholm’s photographs a child in India looks at us with lifeless eyes from the funeral pyre, we see a dog cadaver wasting away, people loving and kissing each other; there is illness, injury, loneliness, imprisonment and sexuality. Strömholm finds his subjects in the streets of this world, among the deformed victims of Hiroshima, the studios of Bohemians in Paris, in crematoriums in India, in anonymous graffiti, and in cemeteries, as well as in prostitute and transvestite circles, or among the creatures behind bars in the zoo. Apart from the rather respectful portraits of such exceptional artists as Man Ray or Le Corbusier, a dark, tragic tone dominates Strömholm’s oeuvre. Strömholm’s images are often puzzling. He refused to title his photographs and it is often unclear what or where he photographed. In this way, the images are an encoding for a certain view of the world. As existentialism is not a stylistic category, photo historians usually associate Strömholm with “Subjektive Fotografie” (subjective photography). In fact, Strömholm took part in an exhibition bearing that name in Saarbrücken in 1951. From 1950 to 1953, he was a member of the group ”fotoform”, associated with Otto Steinert. During this time, however, Strömholm used the pseudonym Christer Christian.
Strömholm’s work from this period is an exemplary display of the hallmarks of Subjektive Fotografie. For example, his ”Trees in Snow”, uses such hard black and white contrasts that the photographic image becomes a graphic abstraction- a creation of the camera. Soon though, the subject takes on greater importance and Strömholm comes to the conclusion that the form and techniques unique to photography are only a means to an end. For this reason, it cannot be said that Strömholm invented a particular style. It is indeed difficult when looking at his solely black and white work to discover any signature style. Placing Strömholm aesthetically, he would be situated somewhere among his much admired colleagues and friends Wols, Brassai, Robert Doisneau and Robert Smith. Strömholm respected these photographic forefathers more for the way they approached their subjects than for their undisputed aesthetic virtues. Attitude toward the subject was also important to Strömholm. This is what helped him discover and choose his photographic subjects.
”An image is created in the mind, not in the camera” is a quote from Strömholm. Finally, one can regard all of his images, as varied as they may seem, as a never-ending search for the self. Basically, they are all self-portraits of the photographer.
Strömholm’s obsession with death and the existential phenomenon of life, may be connected to his biography: Strömholm was born in 1918, an offspring of a Swedish officer dynasty in Stockholm. His father committed suicide in 1934. Soon after, Strömholm prematurely broke off his study of art in national socialistic Dresden to go to Paris and from there to the front of the Spanish Civil War. In 1929 he fought in the Finnish-Russian winter war and, after that, against the German occupation in Norway. Until the end of the war in 1945, he remained active in the Norwegian resistance. In 1946 Strömholm returned to Paris as an art student there he rediscovered photography. After leaving the “fotoform” group he dedicated himself to his “death pictures”, made a documentary film with his friend, the writer Peter Weiss, and in 1962 was made director of the photography school in Stockholm, where until his departure in 1974, he taught more than 1,200 students. The basic tenants of his teachings were “Photography can be learned in 6 weeks but the pictures require an entire life”. “It is more important to develop yourself than it is to have images in sharp focus”. Or, “Responsibility, insight and empathy are the most important characteristics of a freelance photographer”. Certainly, since receiving the Hasselblad award in 1997, Strömholm can be counted among the classic photographers working after the Second World War. His existential position mirrors the skeptical, and at the same time, searching attitude after the devastating catastrophe of the war. Strömholm finds a solution for a new way of looking in a moral sense. Subjective individualism and compassionate responsibility are not a contradiction for Strömholm. Gallery’s exhibition of a cross-section of Christer Strömholm’s creative production is one of two highlights in honor of this great photographer. The Willy-Brandt-Haus in Berlin has presented its own exhibition, the "Lebenswerk und Fotoschule" des Christer Strömholm (The Work and Photography School of Christer Strömholm) from March 22nd to April 30th.

More Subjective Photography
The homamge to Christer Strömholm by Kicken Berlin will be accompanied by a wider look into the field of “Subjektive Fotografie”. Included is work by the movement’s founder and head, Otto Steinert, with his famous photograph of a windblown tree done in a long-timed exposure. Also on view is an image by Peter Keetman of abstractly stacked tire guards creating dynamic patterns in the Volkswagen automobile factory. Photographs can be found by Toni Schneiders, Ludwig Windstosser, Heinz Hajek-Halke and Siegfried Lauterwasser, all members, as was Strömholm, of the "fotoform" group. The “new photographic style” that Steinert fostered in the fifties is formally linked to Neue Sachlichkeit and Surrealism, yet at the same time, promotes subjective expression as its artistic credo. Steinert considered “all forms of personal photographic creation – from the abstract photogram to psychologically in-depth, image-oriented reportage” to be “Subjektive Fotografie”. Although Strömholm decided early in his photographic career not to remain under Steinert’s tutelage, his path as an artist demonstrates the logical development of a truly subjective form of photography.
Similarly, the achievements of other photographers working in the direction of “Subjective Fotografie” can be brought to view. Kicken Berlin is exhibiting the full spectrum of the subjective movement with the inclusion of Liselotte Kopitz, Pim van Os and Umbo. The Kicken Gallery’s first retrospective of the „Subjektive Fotografie“ / „fotoform“ group was in 1980. The recent increasing interest in the art market for photographs of the American equivalent to “Subjektive Fotografie” - as seen in the work of Aaron Siskind, Harry Callahan or Minor White - suggests the time is ripe for a rediscovery of this important post-war art movement. And, comparatively speaking, “Subjektive Fotografie” is still moderately priced. (Ronald Berg) 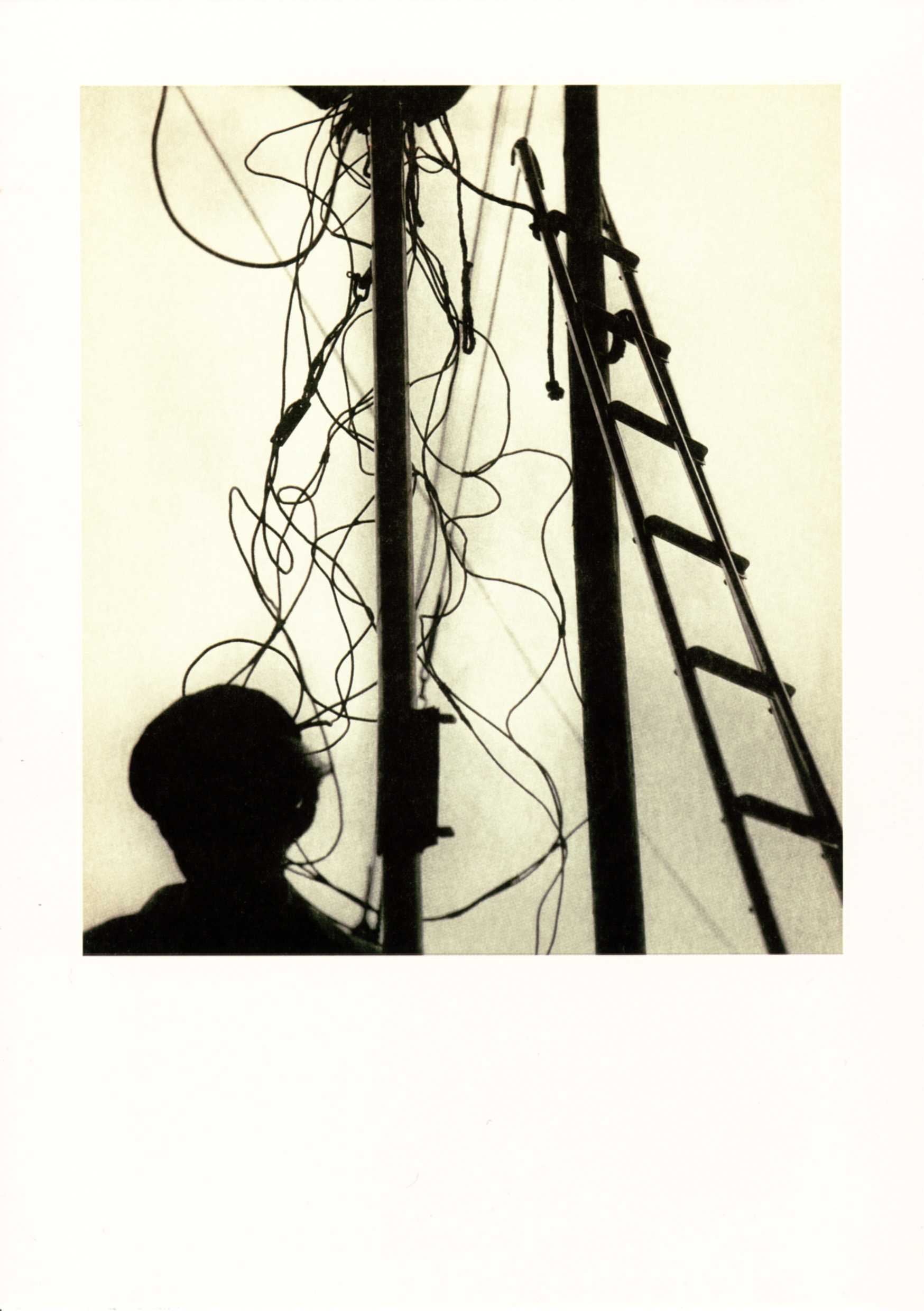