With the exhibition FRITZ HENLE and BERENICE ABBOTT. Paris – New York, KICKEN BERLIN presents two photographers and their visual impressions of the cities whose formative influence on the history of 20 century art is undeniable: Paris, the heart of the artistic avantgarde in the 1920’s, and New York, the Modernist Metropolis and a refuge for numerous artists fleeing Europe to escape fascism and WW II. In 1921, the year that Paris reached its peak population of 3 million residents and the same year that MAN RAY entered Europe, BERNICE ABBOTT (1898–1991) came by ship from America to Europe. Paris enchanted her so much that she remained there until 1929, adding an ‘e’ to her forename to make it sound more French. MAN RAY hired the young artist as an assistant for his portrait studio, primarily because she "knew nothing about photography". Soon enough however, she became competition and opened a studio of her own. As a representative of a new Modernist School, she rejected the tenets of pictorialism and its efforts to make photography more painterly, to focus on a documentary approach towards photographing urban reality. EUGÈNE ATGET, who delighted the Surrealists with his mysteriously subtle images of Paris, was BERENICE ABBOTT’s cherished role model. Thanks to her singularly dedicated efforts, Atget’s contribution to photography was rescued from oblivion. When the American returned to New York in 1929, the city had changed by economic crisis: the prosperous 1920’s had created a skyscraper building boom, but after the stock exchange crashed in 1929 unemployment and poverty spread. BERENICE ABBOTT had then found her mission: "to do in Manhattan what Atget did in Paris". She delved into a unique New York documentation project. Between 1935–1938 she made hundreds of photographs of the enormous city, of which she published 305 in a book entitled Changing New York. Her project was financed by the artist program (FAP – Federal Art Project) created under Franklin D. Roosevelt’s newly established WPA – Works Progress Administration. She was also enthusiastically supported by the Museum of the City of New York. BERENICE ABBOTT’s vision of New York is not sentimental. She worked with a chronicler’s eye, using the camera to preserve scenes of the city whilst simultaneously creating impressive images of that era’s rhythms. Although she was not without a fear of heights, Abbott took pictures from dizzying perspectives. She also photographed skyscrapers tilting into the sky from the darkness of the urban canyon. She weaves the steel construction of the Manhattan Bridge into a modern, angular spider’s web of technologic devotion. Other motifs include photographs of building entrances and shop windows displays seen in the poorer sections of the Lower East Side – such as a barber waiting for paying customers.
FRITZ HENLE (1909–1993) studied photography under Hanna Seewald at the Bayerische Lehranstalt für Lichtbildwesen (Bavarian State Academy of Photography) and received a certificate of honor. After graduation, he became a photo-assistant in Florence and traveled extensively throughout the Mediterranean, India, China, Japan and Korea, and later to Canada und Mexico, where he photographed Frida Kahlo and Diego Rivera. In 1936, FRITZ HENLE, from a paternal lineage Jewish family, reached New York and soon began working for the magazines Fortune and Time Life. In 1938 he worked in Paris and although the resulting photographs were originally rejected, they were rediscovered by the New York Times, who published them six years later. Alexei Brodovitch, the legendary art director at Harper's Bazaar, also published a monograph of Henle’s Paris work. In spite of the wide-ranging nature of his oeuvre, which includes society portraits, fashion photography, industrial studies, as well as military stagings, Henle, known as Mr. Rollei (his camera of choice), considered himself, above all, to be a travel photographer. An observer, this flaneur with a camera captured the discreet moments of everyday life, including genre images of people and street scenes. In New York, however, he was fascinated by the neon signs and skyscrapers, and became inspired to work in new, experimental ways. His photograph of the RCA-Buildings (Radio Corporation of America) - the highest building of the Rockefeller Center in Manhattan – depicts a dizzying swirl of city lights in the manner of astronomic images of comets (New York bei Nacht – 1945 als die Lichter wieder angingen). His photographs express a faith related to American citizenship he had recently acquired as well as hope for the new world and the ending of the war in Europe.
(Claudia Wente) 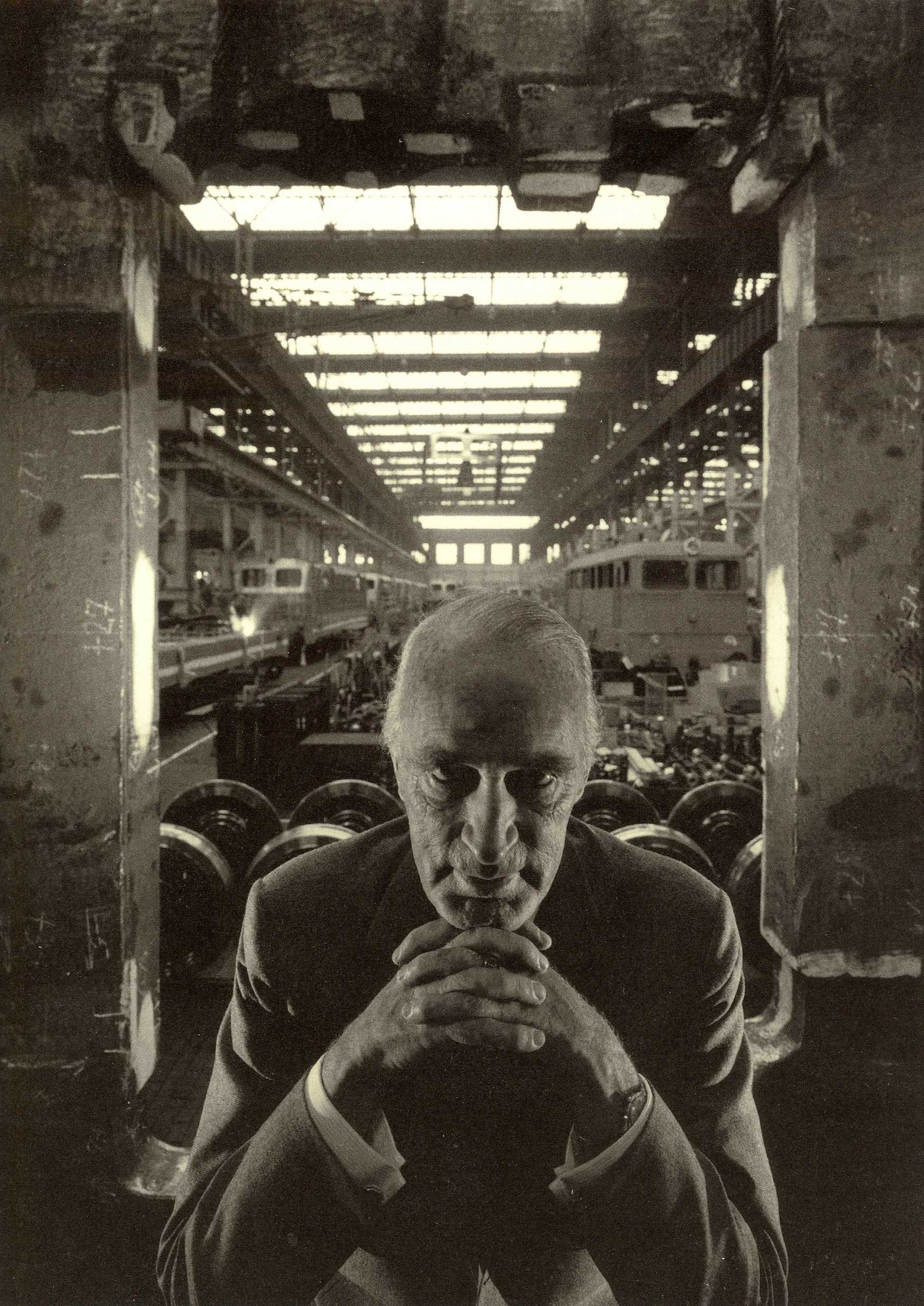