Glenn D. Lowry, director of the Museum of Modern Art in New York, recently called Lee Friedlander, born in 1934, 'a giant in his field '. Last December, the MoMA acquired 1000 works from the artist. They will be exhibited on the occasion of the opening of the museum's new building in 2002. In anticipation, KICKEN BERLIN will dedicate an exhibition to this American photographer. The show will give an overview of his entire artistic productivity.
At only 14 years old, Friedlander began to take photographs. After a period of brief studies at the Art Center School in Los Angeles, in 1956 he settles in New York. Garry Winogrand and Diane Arbus become aware of this young rebellious photographer. He creates a sensation with his unusual portraits of jazz musicians. His photographic attitude corresponds with the so-called personal documentary photographers in the tradition of Walker Evans and Robert Frank. This school is engaged with the non-manipulative direct representation of reality, emphasizing at the same time its unconventional personal world view. Friedlander's carefully composed images of street scenes, landscapes or monuments break in a radical way with aesthetic conventions. Often, they seem like montages and confuse the spectator with extreme cuts, strange perspectives, reflections or 'image-within-image' effects . His photographs, however, do not only give evidence of his preference for complex construction of images, but also reflect social developments. Friedlander' s works are, therefore, to be read as symbols of the manifold American way of life of the last five decades. Particularly docurnented in Friedlander' s self-portraits is his unremitting interest in the world that surrounds him and the delight to see how reality is transformed through the photographic medium:
"Presumably, it is self-interest which makes one look onto oneself and one's own surroundings. The camera is more of a pond, which reflects one's mirror image- The spiritual finger presses the trigger of the ignorant machine, which then stops and captures time.' (from "Lee Friedlander, Self Portrait", 1970)

After his important retrospective at the Kunsmuseum Wolfburg last spring and honoured at the documenta X, KICKEN II now shows works by Ed van der Elsken from his cycle "Love on the left bank" . 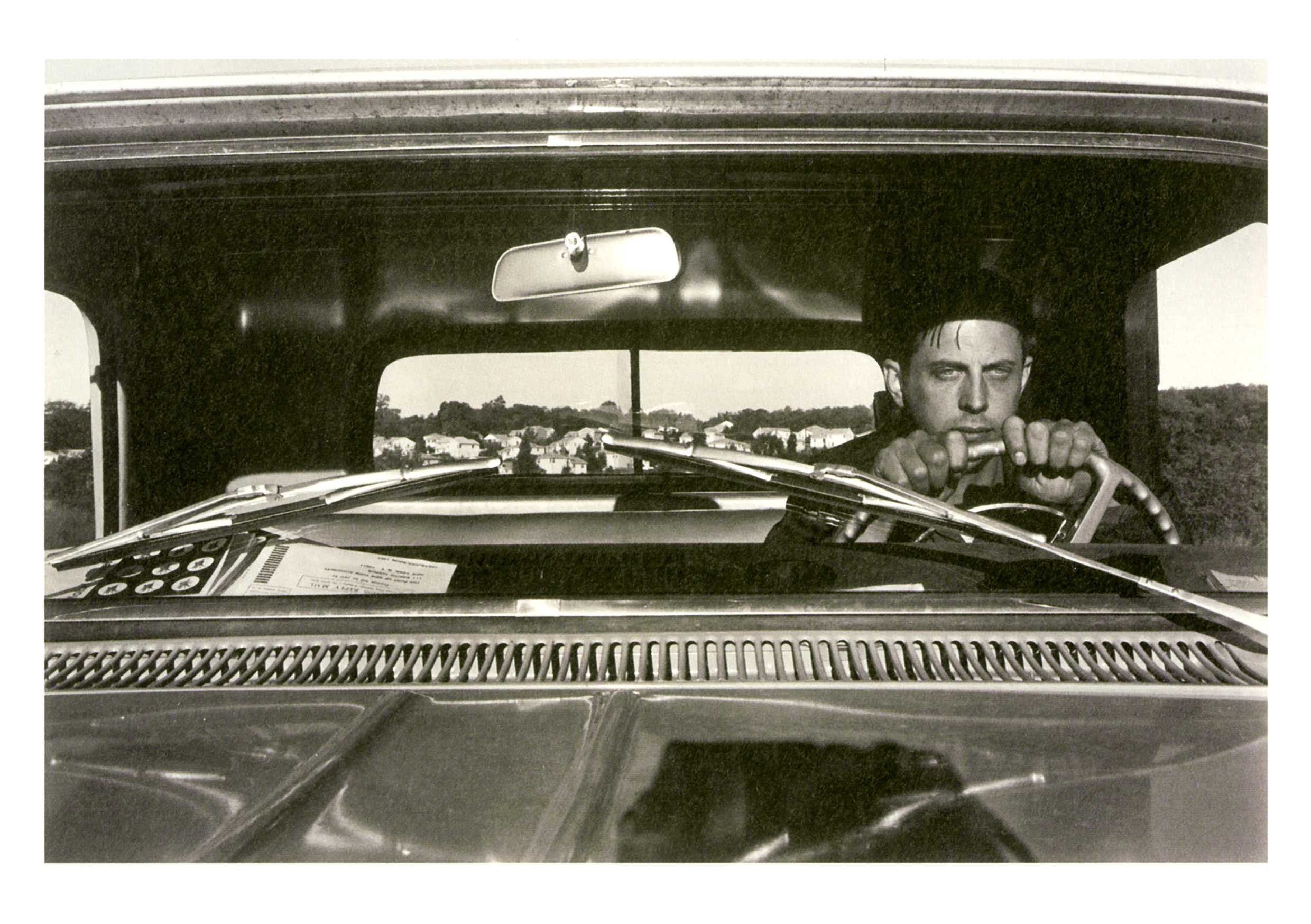