At Kicken II, a choice of Péter Nádas series "The Tree (from: "Der Eigene Tod /the Own Death") is on display. Nádas, born in Budapest in 1942 and currently Fellow at the Wissenschaftskolleg Berlin, is not only award winning writer and novelist, but has since his apprenticeship in a large photographic studio in Budapest and a subsequent episode as photo journalist, always taken photographs parallel to his writing. In 1999, his photographic oeuvre was published by Steidl publishers with the title "Some Light". "The Own Death" combined with a story about his own heart attack in the street was also published by Steidl publishers last year. Nádas' series shows pictures of always the same wild pear tree from his garden in the succession of days and seasons. The identical focusing of the photos at constant change of times and moods is contrapuntal to the meticulous description of the text in the book edition. Nádas' photos are images of change as much as of continuity. Even without the original coherence the photographs show their own quality at the description of time, form and light - possibilities, which are inaccessible for the narration and description with words.

At Kicken I, the exhibition "WITHOUT WORDS - Icons of Press Photography" shows photographs, which stand out against the endless mass of banal press images. These are photographs, which by means of artistic intuition or by lucky circumstances create scenes, enable insights or deliver views, which constitute this difficult to define surplus value, when a picture without words says more than a thousand words could say. 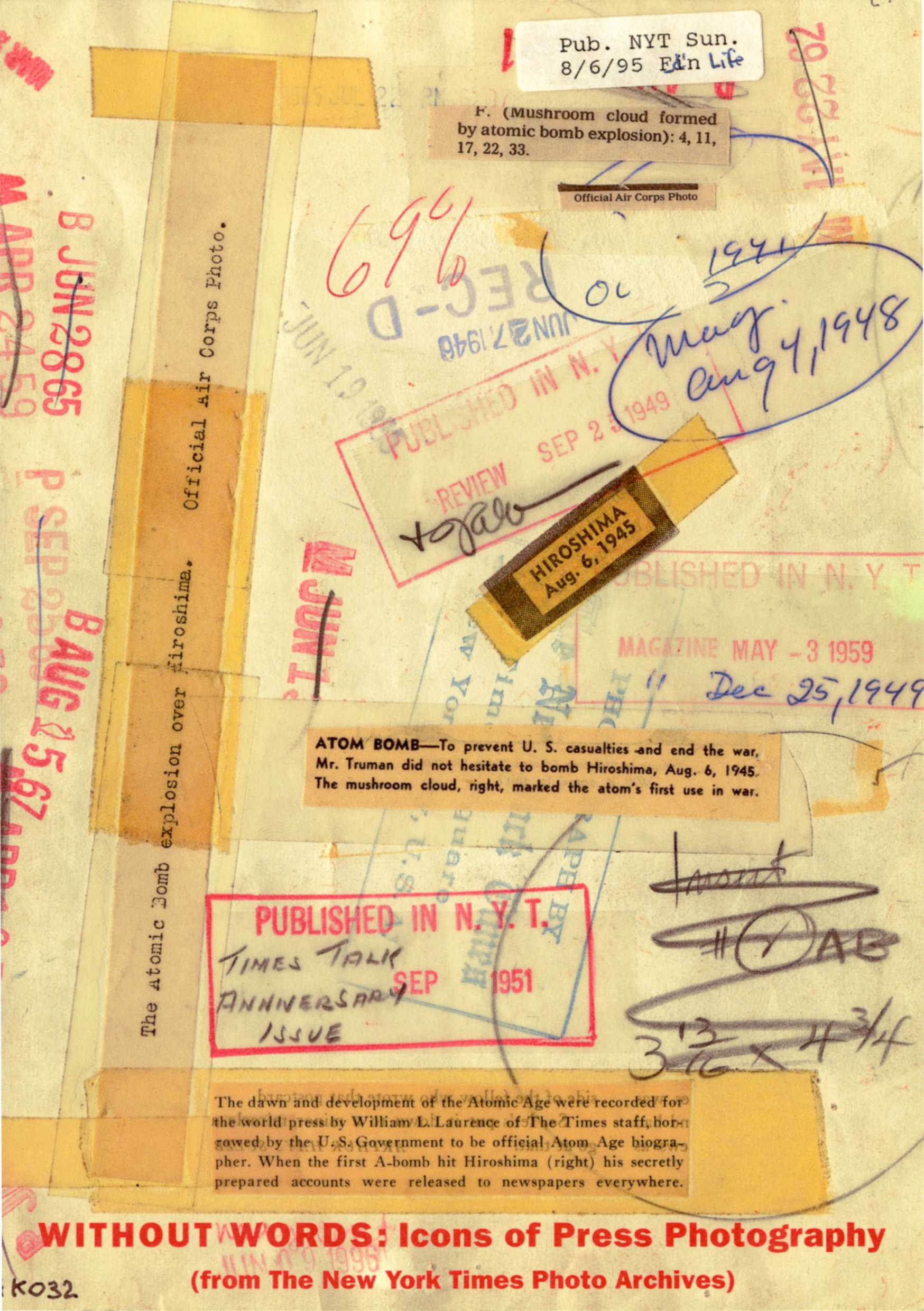