In its first show of 2009, Kicken Berlin presents an overview of art photography from 1896 to 1916. The exhibition embraces over forty masterpieces of Pictorialism by James Craig Annan, Robert Demachy, Frank Eugene, Hugo Henneberg, Gertrude Käsebier, Rudolf Koppitz, Heinrich Kühn, Alfred Stieglitz, Hans Watzek and Clarence H. White, among others, in addition to prints by largely unknown artists such as Erwin Raupp and Elise Mahler. The turn of the century saw the establishment of an "international style" in photography, laying claim to the medium's recognition as a fine art. An additional goal of the Pictorialist movement was modernity; in contrast to the medium's commercial and private uses, art photographers aspired to transform reality. By adapting the subjects of Symbolism, art nouveau's awareness of form, and the craftsmanship of the Arts and Crafts Movement, they participated in the artistic avant-garde of fin de siècle Modernism and conveyed a very clear message: Photography is art.
Rather than being obvious or shocking, this modernity was hidden within individual aesthetic expression and in the art object's sumptuous materiality. Numerous photography clubs, magazines, and museum exhibitions provided art photographers with a forum for critical recognition. The movement's important centers included Vienna, Hamburg, and London, and it found its most important champion in the American Alfred Stieglitz, who published the magazine Camera Work. His masterpiece The Steerage (1907), a work he himself called one of his most important, will be on view. Exotic techniques such as gum bichromate printing, pigment printing, and platinum printing made possible the felicitous translation of painterly and graphic impressions into Pictorialist photography. The eye and hand of the artists were evident throughout, in the prints' refined compositions as well as their elaborate printing methods. Thus did the camera's mechanical coldness seem to be surmounted. Like Impressionism, Pictorialism was an art of atmosphere, one that privileged the "subjective eye" (Augeneindruck – Hans Watzek). Through the deliberate use of soft focus – its best known stylistic device – it drew the viewer's attention toward the formative power of light. Heinrich Kühn, more than any other, was masterful at harnassing the effects of light for his photographs. The palpably light-filled atmospheres of his careful, intentionally simple compositions emphasized the essence of his respective subjects. Kühn, born in Dresden and based in Innsbruck from the 1890s on, formed the group Trifolium – cloverleaf – together with Hans Watzek and Hugo Henneberg, two friends from the Wiener Camera-Club (Vienna Camera Club). Between 1897 and 1903 the three artist travelled and exhibited together, signing their works with the three-leaf clover motif. It is Henneberg who taught the gum bichromate printing technique to his comrades, a method that Kühn would bring to perfection in the following years. Both Kühn and Henneberg would exert a lasting influence over Rudolf Koppitz. His Hungrige Raben (Hungry Ravens – before 1914), which brings to mind a Japanese woodcut, derives its modern quality from the high contrast of black and white as well as from the abstracting effect of the bromoil printing process. The Dresden court photographer Erwin Raupp was meanwhile putting his own interpretations of landscapes into practice in large-format gum bichromate prints. A key figure of British Pictorialism was the Scotsman James Craig Annan. Son of the early photographer Thomas Annan, a member of the Linked Ring, and the first president of the International Society of Pictorial Photographers, he and his father learned the technique of photogravure in Vienna from its founder Karl Klíc. Annan would perfect it, as well as such specialized printing methods as the carbon print, in his genre scenes and portraits. Gertrude Käsebier, one of Pictorialism's most influential woman photographers, opened her own studio in New York in 1897 after studying painting in New York and photography and photochemistry in Berlin. The evocative atmosphere of her portraits, particularly of women and children, and of her landscapes, is a hallmark of her work. Among the exhibition's new discoveries is the photographic oeuvre of the painter Elise Mahler, who found the subjects for her landscapes in the course of extensive travels in Italy and elsewhere.
A limited-edition catalogue accompanies the exhibition. Lavishly designed and produced, in cooperation with Georg Kargl Fine Arts, Vienna, it contains contributions by Monika Faber and Wilfried Wiegand plus more than forty images in four-color printing. 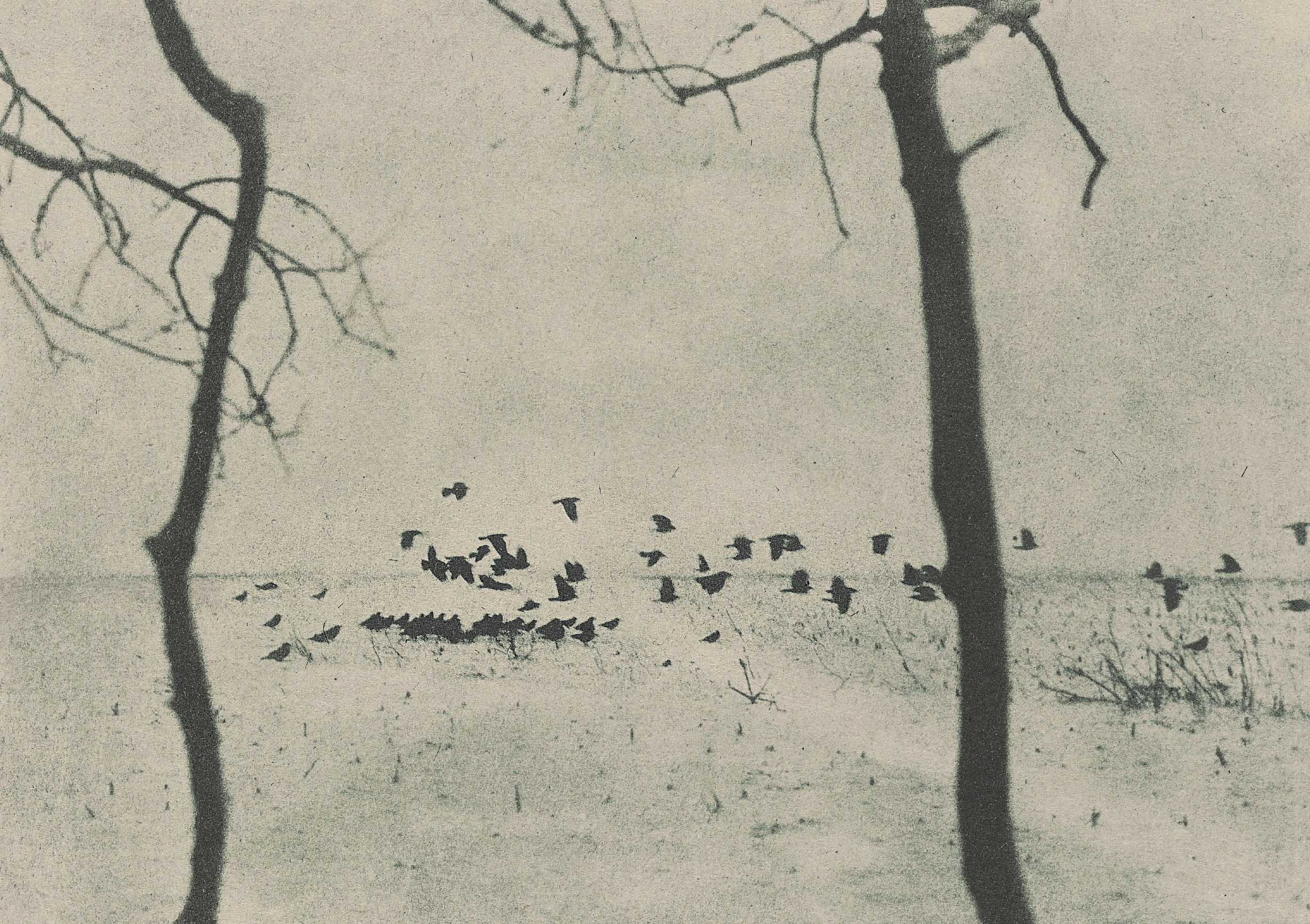