The group exhibition PORTRAIT POSITIONS presents approximately 40 key works by four prominent 20th century photographers who work primarily in the portrait genre. Although not of the same generation, nor of similar heritage or photographic style, all four artists do work in classical black and white and have a common interest in portraying people in an existential dimension.
The Dutchman ED VAN DER ELSKEN (1925–1990) captures Existentialism as the philosophical ‘spirit of the times’ in his photographic and filmic works. His famous photographic novel "Liebe in Saint Germain des Prés" (Love on the Left Bank) published in 1956, illustrates not only the times and local color of Paris in the early 1950’s, it also mirrors his proclivity for showing people in their naked, mostly rather meager existence. After the Second World War, faith in mankind as a whole had generally dwindled. The individual, with dreams and desires of his own, was all that remained of the essential foundations of humanity. Van der Elsken’s photo-novel is a fictional story based on his own personal experiences and friendships. His work features particular groups that are also the focus of other photographers in PORTRAIT POSITIONS: people in marginalized situations, outsiders, bohemians and transvestites. In photographs of ritual dancing in Africa, or of Yakuza gangsters striking poses in Japan or of the jazz greats such as Louis Armstrong or Chet Baker absorbed in their music. Elsken searched for and found something common to all. Edward Steichen, an early curator of photography at the New York MoMA, met van der Elsken in Paris in 1953 and two years later included a selection of his work in the legendary exhibition "The Family of Man"
The work by Swede CHRISTER STRÖMHOLM (1918–2002) is – as is van der Elsken’s – tightly interwoven with his unsettled life. Like the Dutchman, Strömholm traveled regularly. After the Second World War, during which he worked for the Norwegian resistance, Strömholm went to Paris in 1946 and lived there for ten years. Parallel to his life in Paris, he devoted himself to the study of "Subjektive Fotografie" under Otto Steinert in Germany. Along with portraits of such prominent artists as Le Corbusier or Marcel Duchamp, he also photographed the club scene in Paris around the Place Pigalle, as well as children, street people, and, in the years from 1954 to 1964, a series about transvestites. Strömholm shares an intimacy and friendship with his subjects that allows him access to the privacy, as well as to what is human, behind his subjects mask of artificiality - similar to the work Nan Goldin would later produce. During his trips around the globe: through Africa, Japan, or the United States, he preserved in pictures his capacity to see the essential dignity of all beings. In 1998 Strömholm received the famous Hasselblad Award.
PETER HUJAR (1934–1987) himself had outsiders traits. Although from 1966 on he did get work shooting for New York fashion magazines on recommendation by Richard Avedon, his work beyond these commercial assignments remained brittle, unconventional, and averse to trends and fashion in the art scene. In his personal work the austerity of the studio appealed to him and he rarely employed props of any sort. This has the effect of heightening concentration on the individual, who seems to exist without any social reference. Hujar portrayed friends, acquaintances and celebrities and socialites – for example Susan Sontag or William Burroughs – with the same immediacy that he used in making images of geese, cattle or horses. In Hujar's attentive eye, death - as the flip side of the sense of being he portrays in both people and animals – is never far removed. He photographed the mummified corpses of children in the catacombs of Palermo and Candy Darling, one of Andy Warhol’s star transvestites, on death’s bed in all her made-up glory. A touch of death seems to hang in the air in all of Hujar’s portraits.
LISETTE MODEL (1901–1983) was born into cultured Jewish circles in Vienna and emigrated to the United States in 1938. Her most productive period was the 1940’s, which was full of assignments for photo and fashion magazines (Harpers Bazaar among others) and exhibitions. Later, her influence in photography stemmed mainly from her role as teacher. As she explained the act of photographing to her student Diane Arbus: "...The more specific you are, the more general it will be". Model was also interested in images of humanity. As with the other artists in PORTRAIT POSITIONS her eye often searched out society’s outsiders: on the beach at Coney Island or on the streets of the lower Lower East Side. She photographed the blind and homeless as well as the creatures of the night. All of them subjects of her empathy. She discovered in them something living and true and the camera was her instrument for making them visible in their human existence, without hiding behind any form of convention. (Ronald Berg) 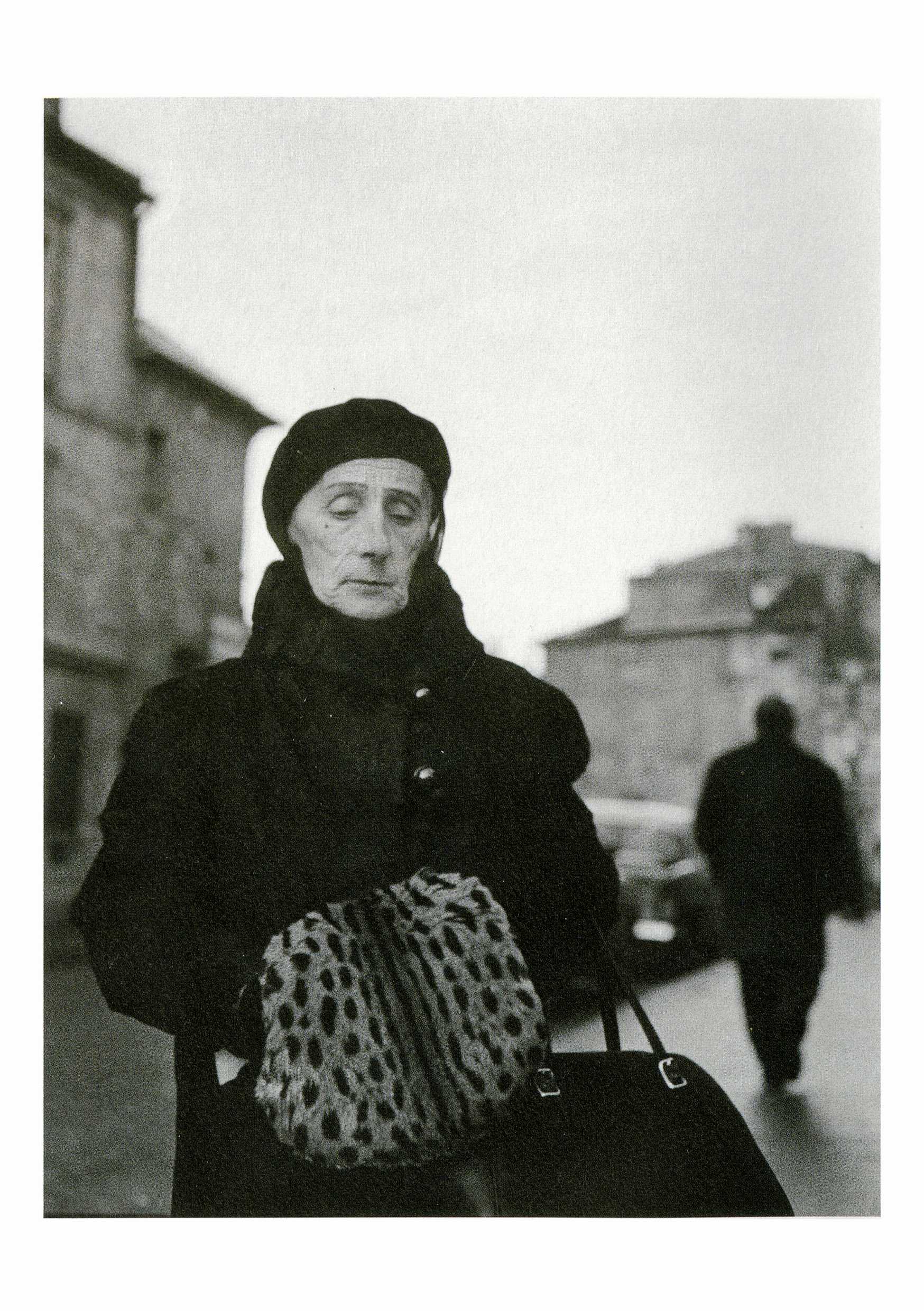