The prints in this exhibition are the results of an extended period of work in Egypt in late 1982, 1983 and 1984. During this time the photographer travelled extensively in the country and addressed a wide range of subject matter. Egypt is a country of great contrasts. lt is the oldest continuous civilization in the world and yet it is part of what is now called the third world. lt is a country of extremes - the heat, the desert, the abundance of the Nile valley, the green oases, the great antiquity of the city of Cairo which has grown in the last thirty years so that it now encompasses more than a third of the population of Egypt. It is the richness born of such contrasts that the photographer has sought to portray in the works in this exhibition: from the Pyramids of Giza to the simple constructions of the oases; from the great Islamic monuments of the city of Cairo to the mud potteries in the same city. The photographs in this exhibition encompass Pharaonic Egypt , Islamic Egypt and Modern Egypt . The modern city of Cairo is contrasted with small oasis communities where life has been continuing in much the same way for thousands of years. It is this varied richness that is carried through the culture of Egypt in the deepest way, giving a sense of great antiquity and at the same time of continuity through time. These are the aspects which Richard Pare has sought out in his work.
The photographs were made with a 20x25cm view camera on colour negative film. The equipment and materials were selected for their superior qualities of rendition and for the sense of veracity given by a highly detailed image as weil as for the reflective and analytical processes which take place when working with such materials. 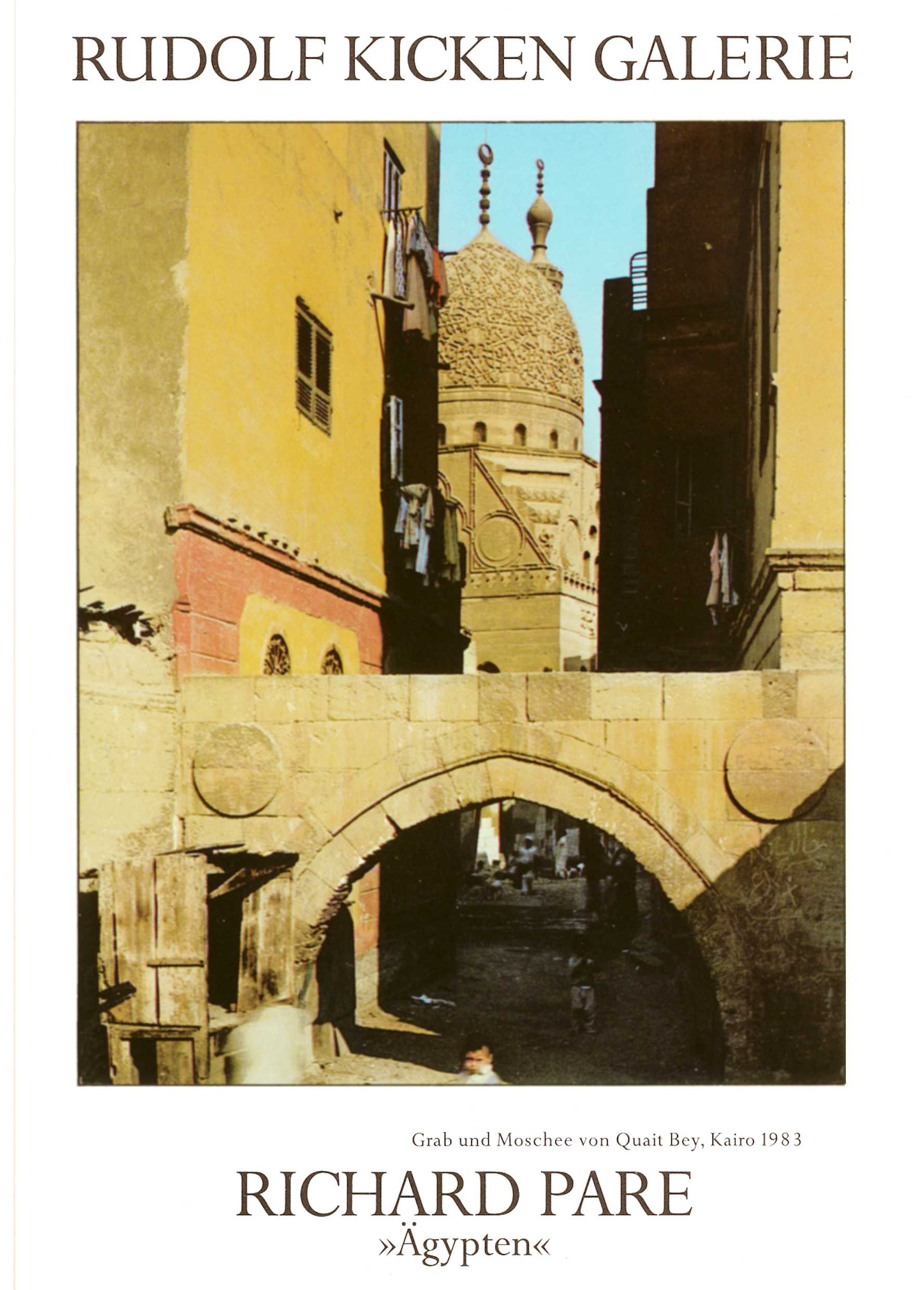