Ryuji Miyamoto was born in Tokyo in 1947. In 1973 he graduated in graphic design from Tama Art University, Tokyo. The following years he spend most of his time photographing architecture. In 1991 he had a residence in New York on a grant from the Asian Cultural Council. His work has been shown in several publications and exhibitions.
In his works Miyamoto has kept a watchful eye on Japans cities as they underwent vertiginous changes. His intention is to photodocument the demolitions and reconstructions of whole quarters of the cities. Although he tries to photograph the architectural qualities of the cities, his subjects end mostly at the aspect of destruction: the pictures of Kobe after the 1995 earthquake are his most renowned series.
Miyamoto completes his Japanese photographs with several pictures taken in other countries such as the demolition of the Schauspielhaus theatre in East Berlin. The viewer will see only the remains of its former magnificence in his demolition scenario.
The photographer describes the intention of his photography: All I can do is train my eyes and keep watching the world as it goes on changing, scene after scene, again and again. "
On the one hand while the observer will be fascinated by the destruction scenes, at the same time he or she will become painfully aware of the „wounds" of the cities caused by natural disasters or planned demolitions. 44 photographs of Miyamotos Kobe-Series will be exhibited at Documenta 11 in Kassel. 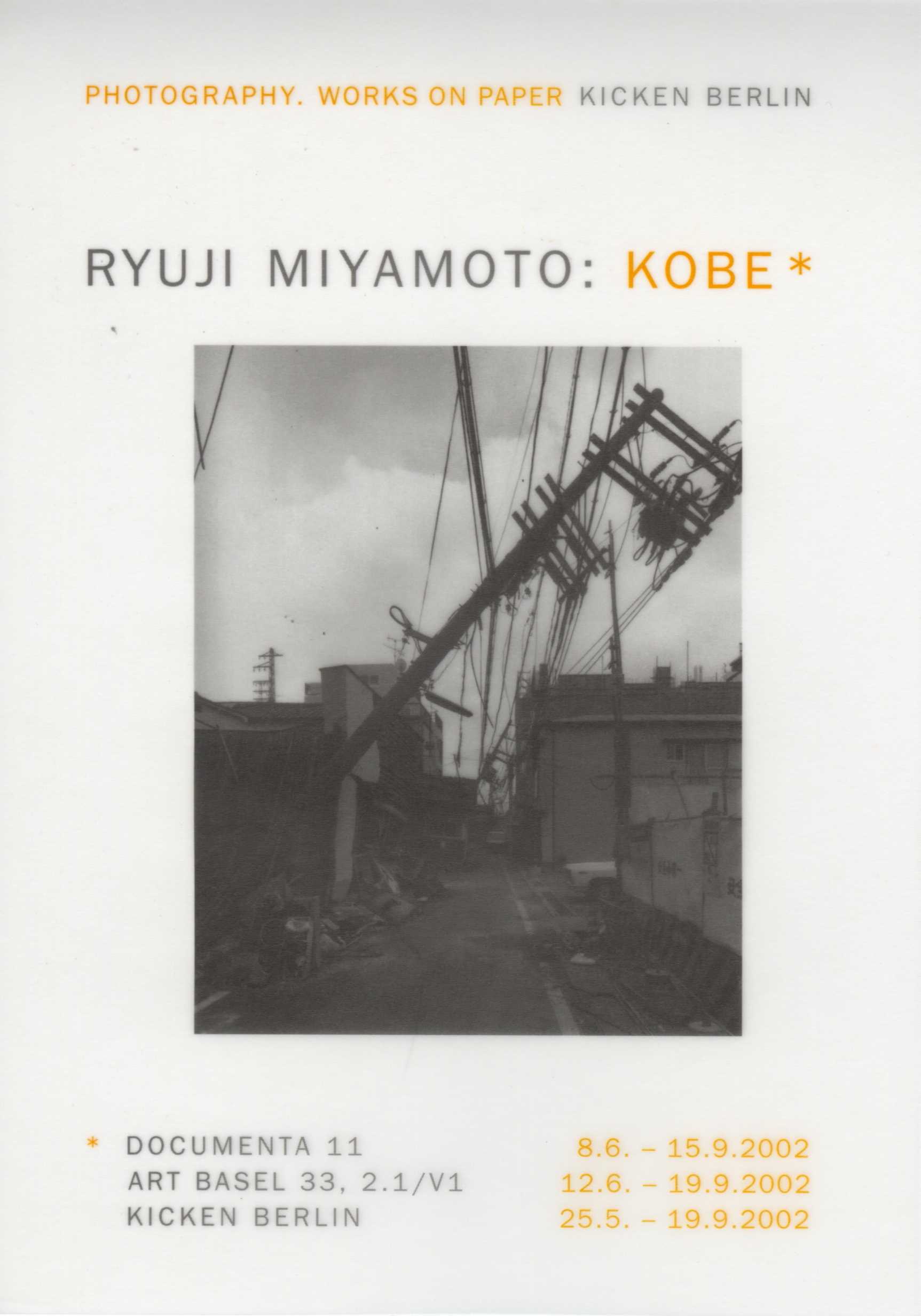