A Passion for Photography

Since the 1950s F.C. Gundlach has been one of the few internationally renowned German fashion photographers. As hommage to the photographer's 75th birthday, (he was born on July 16th -1926), KICKEN BERLIN dedicates F.C. Gundlach a retrospective with vintage prints of his works from July 14th until September 25th. From the very beginning of his artistic productivity, Gundlach's images stood out against average fashion photography, without lapsing into aesthetic extremes. His reportage-like photographs are marked by his distinctive feeling for cultural streams felt but not seen, let alone understood. The most striking, characteristic is the narrative moment, which even penetrates his individual pictures. Gundlach chooses the background of his photographs with great care and pays attention to speaking requisites. His models pose in front of the Brandenburg Gate (through which in 1961 the traffic from East to West still flowed), in front of Berlin's Gedächtniskirche or at a crossing in Frankfurt 1958 with Denis Sarrault as thievish femme fatale. Again and again his pictures show more than just, the specific garments. A city's atmosphere, its characteristics and wounds or the aura of a landscape mark the content of his works nearly to the same extent as does the actual motif.
Gundlach was booked by German magazines with the highest circulation, from the mid-1950s onwards he worked increasingly for "Film und Frau" (Film and. Woman). Many reminiscences of the film stars of that time - such as Ruth Leuwerik, Liselotte Pulver or Nadja Tiller - are inseparably linked to his photographs. In 1964 he portrays the young Romy Schneider, twice with an interval of some hours. The first portrait shows a young woman, self-confident and pretty, the close-up reveals shattered eyes, which no longer remind of the smart girl the audience knows from the screen.
In the mid-1960s, Gundlach's style changes : Studio-shootings prevail· His pictures are influenced by Pop Art, Op-Art and Pattern painting. Traces of a great passion for the contemporary avant-garde can be very clearly read in Gundlach's work. Gundlach's passion for photography exceeds his professional productivity. For decades he has been a collector of important photographic works of art. Not only as a collector did he become one of the first and most important, pioneers of artistic Photography in Germany. Numerous exhibitions he
curated and his co-operation as adviser in many institutions and committees have contributed decisively to the acceptance of the medium photography in Germany.

Parallel to the big retrospective at the Kunstmuseum Wolfsburg, KICKEN II shows several works of one of the most important stars of international photography: Richard Avedon. 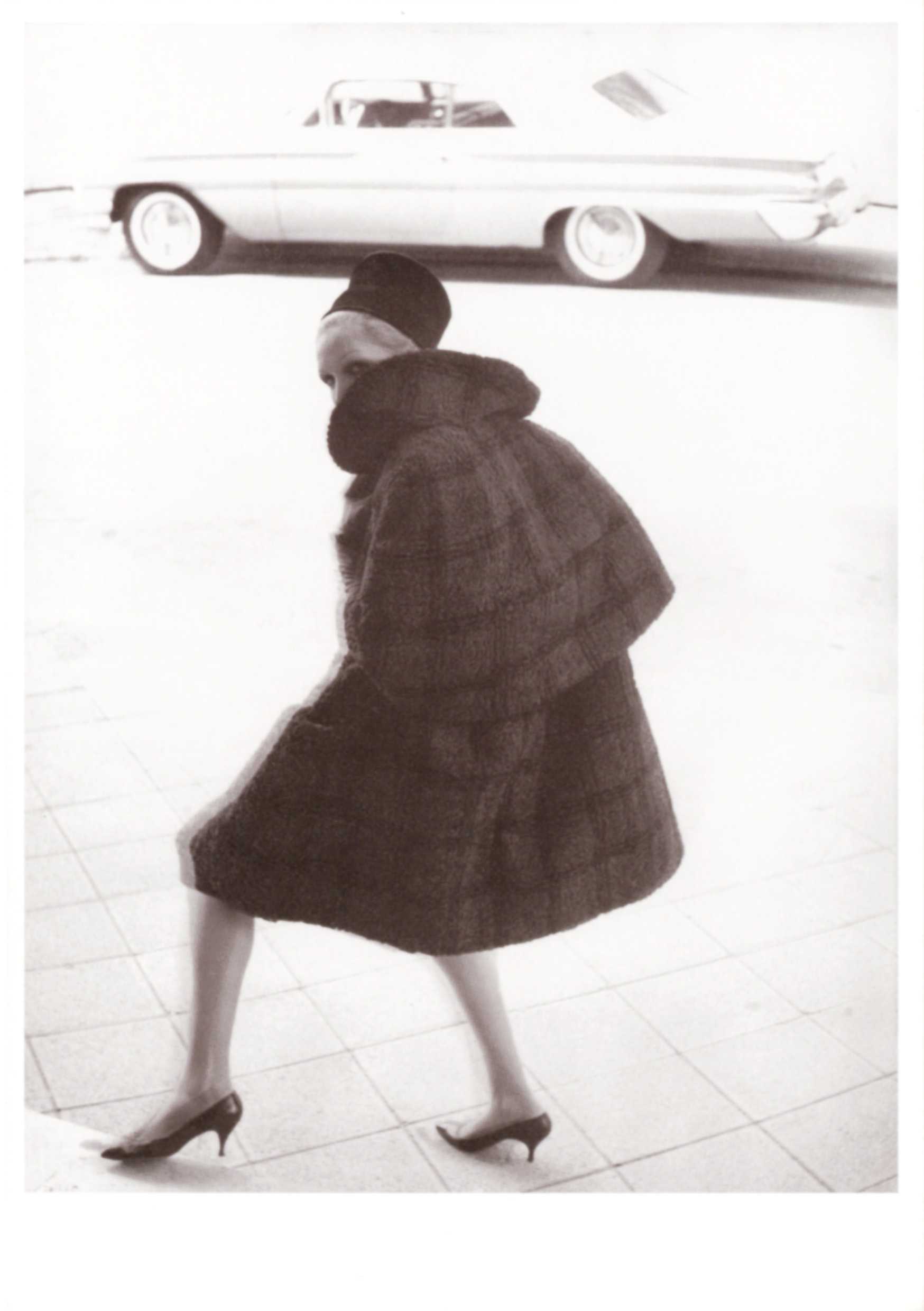